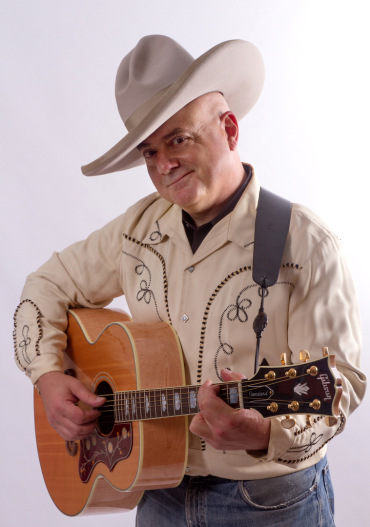 Originally from Barcelona, he was musicly born to the sounds of rockabilly and early rock and roll rhythms of the 50’s. Strongly influence, as a teenager, by Elvis, soon discovers there’s a life after (and specially before…) Elvis, and then, dives into the sounds of classic country, western-swing, and swing music from the 30’s, 40’s, and 50’s. In the 80’s he makes of California his base camp, and he’s highly influenced by the Bakersfield sound.

A true rebel child in his home town, Don Frank has been delivering Americana roots music for decades from Rockabilly to Western Swing, Honky Tonk or early Cowboy Music around the USA and Europe with different Bands and musical groups.

Finally, takes a step forward and decides is the right time to launch his professional career as a solo singer-songwriter.

So if you’re wondering if you are gonna get some Country & Western/Western-Swing with a Twist of Rockabilly in any of his shows, or records…, That’s exactly what you’ll get !!!

GET  YOUR  DANCING BOOTS READY !!!